Dear White Supremacists: These Pickles are Not for You

You’re welcome to continue reading it here, but the new post is better (and wordpress is going to show you ads on this page–there are no ads on the new post).

A white supremacist came to our market booth last summer. It doesn’t matter which market; this could have happened anywhere.

Because we have a Celtic/Viking style font for our logo, and many Celtic and Viking/Norse symbols have been co-opted by white supremacists, sometimes people misunderstand the meaning behind our logo. They think that we share the view that white people are superior to other races, simply because of a font choice.

This particular individual made a statement that [he assumed] we support white supremacy. I loudly countered that we do not support white supremacy, we are actively anti-racist, and we are involved in the struggle for Black liberation. I said this loudly because other people were around, including people of the global majority. I wanted them to hear someone say NO to this racist tirade. I wanted them to know that there are white people in this world who are not afraid to speak up and condemn white supremacy.

I explained my view that all human beings should be treated with dignity and respect, and that my white skin doesn’t make me better than anyone else. He tried to convince me that my whiteness makes me special, and that I should embrace that specialness. I could tell he pitied me because I didn’t share his world view, that he felt badly for me because I actively and enthusiastically disinvest from white privilege and white supremacy.

“These pickles are not for you. Please leave immediately.”

Why am I sharing this?

Because right now is a moment in America when white people need to speak up against racism.

We need to actively and vocally condemn the murders of George Floyd, Breonna Taylor, and so many other Black people who have been targeted and killed by police.

We need to stop white people from murdering Black people like Armaud Arbery, who was stalked and killed when he was simply out for a jog.

We need to end the casual, everyday racism that allows for these egregious acts to occur, and that cause death and suffering through lack of access to quality health care, education, jobs, housing, and opportunities that white people take for granted.

If you subscribe to white supremacy, these pickles are not for you. If our actively anti-racist perspective offends you, then you don’t deserve these artisan goodies.

If you want to help, here are some resources:

This site uses Akismet to reduce spam. Learn how your comment data is processed. 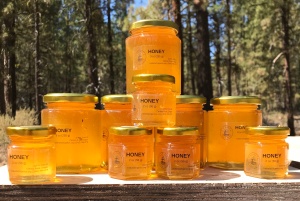 Click here to be the first to know when our delicious raw honey is available!